The picture below was taken in 1984 during my visit to Taxila in . It shows part of Grand trunk Road, which is one of ’s longest and oldest roads stretching between in the west and in the east. The Information board near the road describes that the road was built by the Mughal kings- though there is no evidence or account given by any historian to this effect. However, given that ’s history has been systematically and deliberately re-written over the last 30 or so years to meet very particular religious and political ends, it is perhaps not surprising that the road’s history was fabricated on this official board as well.


Not withstanding the false information provided here, it did amuse my 3 year old son (standing near the board) to no end that “from” was incorrectly spelt as “form”. We had to make him quiet by saying that “the Mother tongue in is Urdu & not English”. 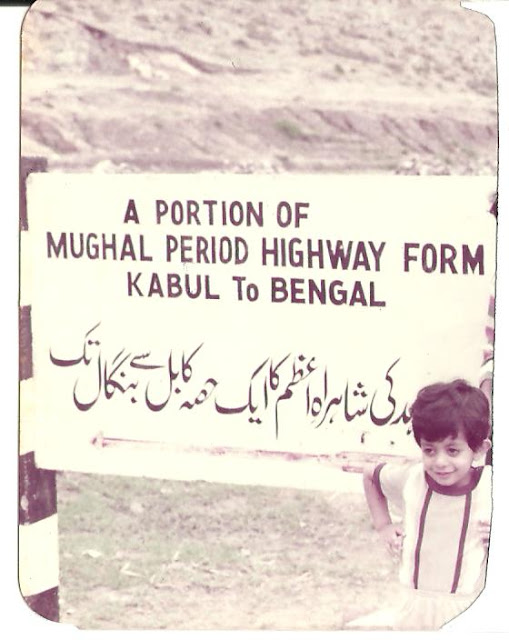 In , we were taught in history classes that this road was built by an Afghan king, Sher Shah Sur, who ruled in 1500 A.D. I am, however, not fully convinced with this claim either.


First, let us take the evidence supplied by numerous  Indian historians who have given accounts of the advent of  Sher Shah Sur rule in India according to which, Sur, also known as Suri or Sher Khan, was an Afghan noble who annexed Southern Bihar & Bengal from Humayun (son of first Mughal king Babur) in 1539. By 1540, he had defeated the opium addicted Mughal king who had  run away to Lahore and then to Kabul, finally taking refuse with Shah Tahmasp, the Safavid ruler  in Iran. Humayun remained in exile for 15 years
However, Sher Shah Suri alias Sher Khan ruled Northern only for 5 years from 1540 to 1545. On his death, the throne at passed to his son Islam Shah Sur, who in the course of 8 years reign was not able to consolidate his centralised rule. On the death of Islam Shah  in 1553, the Sur domains were divided by treaty into the , & , with some Eastern Region & Bengal. Each domain was ruled by a son or relative of Sher Shah Sur. The decline soon started & thus, Humayun who had reorganised his army by then was able to regain the lost territory by mid 1555.

Thus, given the extraordinarily short period of his reign, the theory that this grand length of road was built by Sher Shah Sur, seems fairly unlikely and does not really hold ground.
So who actually built this road? 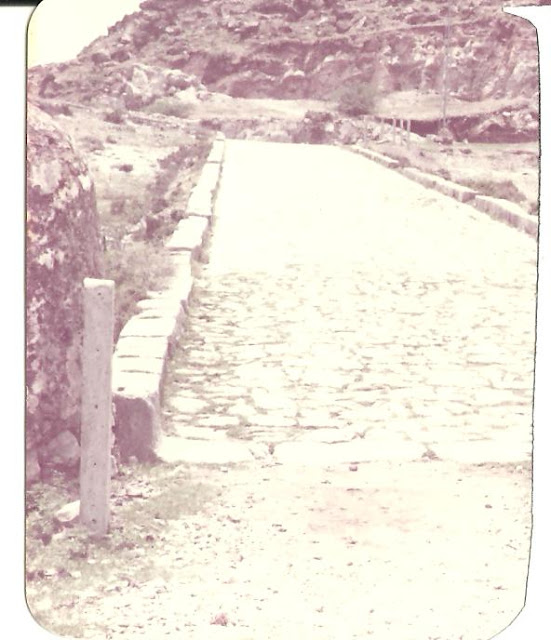 Those of us who have read the history of Ancient India will remember that the Maurian dynasty started by Chandragupta Maurya in 321 B.C., had acquired and united most of the sub- continent under a single empire, and after the defeat of  the Greek Seleucus Nikator, even the trans- Indus provinces (which today would cover part of Afghanistan) formed part of its vast territories.


Chandragupta Maurya’s son, Bindusar and his grand son, Ashoka further expended the empire. In 260 B.C. Ashoka managed to defeat the most powerful king of Kalinga, after which all other kings of also accepted his authority. Ashoka’s son Mahindra in his turn extended the mauryan influence all the way up to .
Historians also confirm that Ashoka maintained friendly relations with his contemporaries in the Hellenic world with whom he exchanged diplomatic and trade relations. The most prominent amongst them were Antiochus II Theos of Syria (260-246 B.C.), the grandson of Seleucus Nikatoe, Ptolemy III Philadelphus of Egypt (285-247 B.C.); Antigonus Gonatus of Macedonia (276-239B.C.), Megas of Cyrene, and Alexander of Epirus. Communications with the outside world were by now well developed. As a result, there was regular movement of people from to provinces and further towards for trade, pilgrimage, education etc. The Chief Advisor of Chandragupta Maurya, Kautalya (also known as Chanakya) himself was from who regularly travelled between Taxila & Magadh.
Therefore, one can conclude beyond doubt that there had existed some sort of an artery between what is now eastern & western even in ancient times. This suggests that rather than necessarily building the road medieval and modern kings probably just repaired and/or realigned portions of it.
Posted by M.G. Singh at 02:47