The Bird in ICU

I have so far been telling stories of my past experiences on the blog. But today’s story is the latest adventure, just for a change.
For the past two days, we have been hearing the crying sound of some bird from a nearby mango tree. The sound was more prominent during night, indicating some distress call from a bird.


This morning we located the bird. It was a big owl sitting on a low branch and its chick was lying on the ground, alive but apparently with some injuries. The flock of other varieties of birds (which we have many in our house garden), were hovering around as usual, feeding on the grain provided every morning by us.  But the chirping was unusually louder & more shrill today.
While my wife and I were discussing what should be done to save this chick, suddenly the chick flew up & sat on the railing of our boundary wall, very close to where we were standing. Meanwhile, our house-help had brought back our two dogs after their morning walk.  The chick got frightened by the barking dogs and fell over on the other side of the wall.


My wife quickly went to the other side with a small towel, wrapped the chick & brought it into the house. The chick was injured and bleeding from one of its wings and also had some bruises on the body.

(Below is a photo of the Patient) 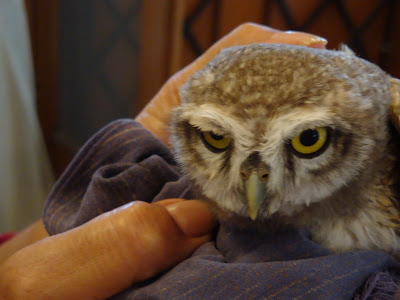 Our family Vet happened to be out of town but told us what to do on the phone. Accordingly, as advised, the wounds were cleaned with antiseptic solution, betadine ointment applied and powder from the terramycine capsule diluted and given to the chick with a dropper - just 6 drops, no more and no less, at an interval of exactly 4 hours...

Its 14 hours now and the chick is recovering fast. Hopefully, it will be discharged from our care tomorrow evening.


The patient in the caring hands of Usha Singh (my wife) 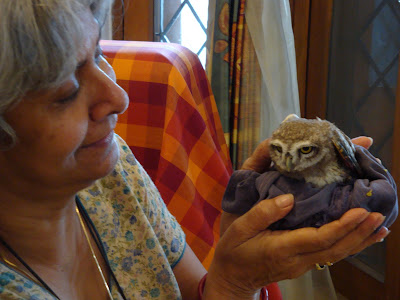 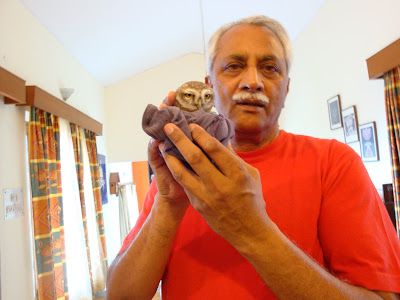 A word about the birds in our garden. As I said they are of various species and we don’t know their names. But does that really matter?  We believe what Richard Feynman has said:-


“You can know the name of a bird in all the languages of the world, but when you’re finished, you’ll know absolutely nothing whatever about the birds......So let’s look at the bird and see what its doing- that’s what counts. I learned very early the difference between knowing the name of some thing and knowing some thing”
My house in is adjacent to a huge forest. It is protected forest and managed by the Forest Institute, one of the oldest and the largest institute in . It is also therefore the home of many Himalayan birds, who also spill over to our house.  Lastly, I am told, this chick falls under the category of “endangered species." 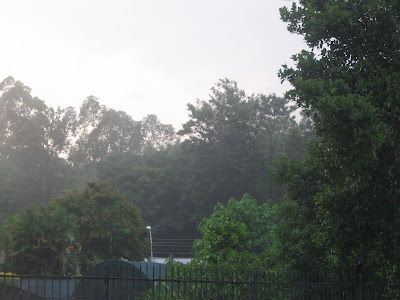 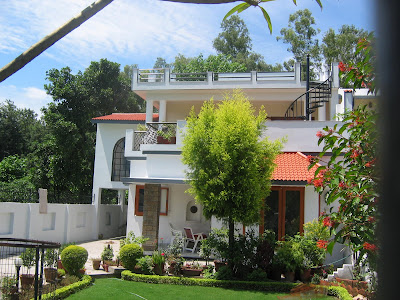 Email ThisBlogThis!Share to TwitterShare to FacebookShare to Pinterest
Labels: birds, Dehradun, owl, own house and FRI