The
Hi folks, Enough of Pakistan & Khyber Pass. So I am just attaching below the last photo of the journey. It has been taken from the road side, just few yards short of the Pak-Afghanistan border. The inhabited area in the photo is .
During those days, the Khyber area was almost barren with very thin population; just few hutments scattered here and there en-route. The war against Russians in had just started but the refugee’s migration from  into had not yet commenced.


Bin Laden had not yet arrived in the area. General Zia-ul Haque (Zia) was the President, Chief of Staff and Marshal Law Administrator ( all three positions rolled in one) of . Poor Zulfy (Zulfiqar Ali Bhutto) had been behind bars and killed. Islamic Shariat was law introduced and Nizame–Mustafa put in place. The new dress code of Shalwar (loose ) and Kurta for men and covering of heads by women was made compulsory. Every one had to perform prayer (Namaaz) five times a day. Amusingly, even my five year old daughter who was studying in preparatory class in a English medium school in , was made to learn and recite Namaaz. We, of course, never minded it as it only helped her to widen her knowledge. 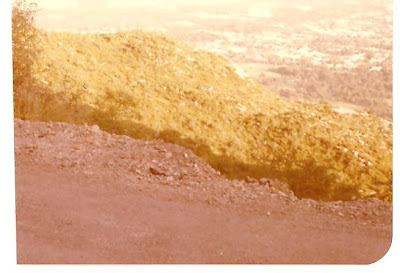 The strict imposition of Islamisation also had its impact on the civil society of the , besides effecting Indo-Pak relation in a peculiar way.


The society further got  divided between rich & poor, have & have-not, and Army & civilians, because the restrictions imposed under the Nizame-Mustafa were enforced on poor only. The defence personnel, bureaucrats, rich land-lords and industrialists enjoyed all the luxuries of the world without any such restrictions. Their ladies never covered their heads and were much more fashion-conscious than even some top models of the world. Scotch was available freely and served with no hesitation.
People by and large, were hospitable and fond of Indian goods. They loved Indian betel-leaves (Paan), cassettes of Indian music (no CD/DVD at that time), Bollywood films etc. But these were all banned in , resulting in many fold increase in smuggling. As a result of this, though Indian goods were still available and in almost all the towns and cities, these were sold underhand. There was a popular saying in that all Bollywood movies first landed at President’s house and then got circulated in the towns. Both  Zia & his wife were reportedly very fond of Indian films and Bollywood superstar, Amitabh Bachchan, was a craze. No one wanted to miss any of his movies.


In fact, when film Lawaaris casting Amitabh Bachchan was released in and a print was smuggled in , a popular joke was in circulation in Islamabad was:-
“ Zia to his wife after seeing the movie- “Dear, don’t you think my eyes resembles that of Amitabh Bachchan?”


Mrs Zia – “ Darling, your two eyes do not even resemble each other, what to talk of Amitabh Bachchan”
And since the thought of writing on was triggered because of “Osama’s elimination by Obama” episode, let me conclude by mentioning that :-
(a)    Abbottabad (where Osama was killed), is an Army Cantonment. It was established in 1849-50 by an Artillery Officer of British Army (Sorry for having a soft corner for Gunners). His name was James Abbott – the first appointed Deputy Commissioner of the Hazara district.
(b)   Abbottabad, besides having the Army’s officers training Academy, is also Centre of the Army Medical Corps. (After all Osama needed regular medical assistance)
(c)    The  Baloch Regimental Centre and Frontier Force Regimental Centre are also located in Abbottabad which happens to be the parent units of the present Army Chief, General Kayani and ISI Chief Shuja Pasha.
Draw your own conclusions..
Posted by M.G. Singh at 10:00