TAXILA DURING MAURYAN EMPIRE IN BC

Taxila
Some time back I had mentioned about Taxila in one of my blogs briefly.  It is a small town  located in Pakistan and   falls between  Rawalpindi & Peshawar on Grand trunk Road. Although not of much significance in the present day, Taxila was one of the most important places in the ancient time  during the  Mauryan  empire from 324 BC to 187 BC . It is said that in  those days, Nalanda in the east and Taxila in the West were the two  world famous universities in India. 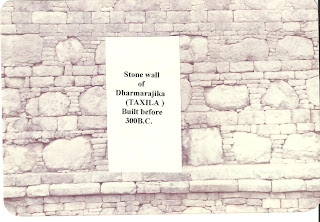 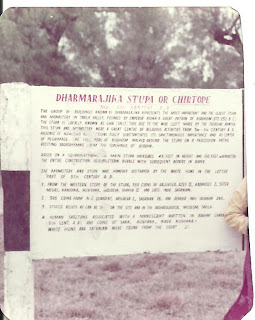 The  remains of  some of the monuments at Taxila reflects even today, the excellence of quality of work in  stone cutting  which was available during that period. According to various  leading historians, a wide range of metals was also well known and special characteristics as regards the mining and manufacture of these metals  have been recorded. The knowledge extended both to utilitarian metals such as iron, copper and lead and to precious  metals such as gold and silver. The remains of copper bolt antimony rods and nail-parers from Hastinapur and other copper and bronze objects including coins have been found from the Mauryan strata at Bhir Mound in Taxila and other places.
While I was posted at Islamabad, I had the opportunity to visit  Taxila on number of occasions. It was , however, disheartening  to notice that  not much care was given by the local Government to preserve these  old monuments. Even the local official guide hardly possessed any knowledge about the  Mauryan (Hindu) kings viz. Chandragupa, Maurya, his son Bindusara or  his grand son Ashoka the Great  and others.
Posted by M.G. Singh at 19:14