In December 2010, I visited the Artillery Centre, Devlali after a period of  47 years to attend the Re-Union of my elite Regiment, (popularly called the Victoria Regiment). This Regiment, being the oldest Artillery unit of the Indian Army, was initially a pack unit. This means that the guns were carried on mules while the officers rode on horses.

The picture below depicts how the pack units used to move in operational areas. If one sees the picture minutely, you will find detachments of 4 guns, led by Gun Number One - or the lead gun - of the unit. Serving as a mountain gunner not only required a very high standard of physical fitness but also meant being a very good horse rider. 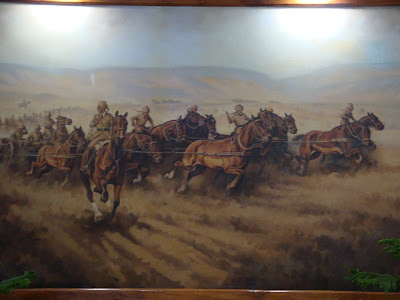